I own a Synology Diskstation NAS and use Synology Cloud Station Drive for syncing some documents and configuration files between PCs. Reason being: Dropbox took away most of my free storage. 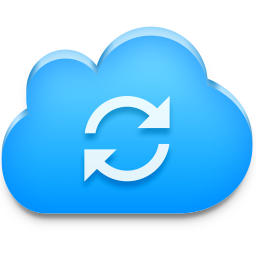 I’m pretty happy with the NAS/Sync setup in general, but I had some problems getting Cloud Station playing nicely with Arch/GNOME.

Since I want to spare other people - especially my future self - the pain, I’ll write about some issues that I faced and how I fixed them.

Disclaimer: I’m new to Arch and I feel like some of the stuff that I write here might make some more experienced people cringe. Sorry about that.

This is the easy part. Simply install the Cloud Station package using the package manager of your choice.

Setting up the tool shouldn’t pose any problems. Simply start and configure it using the configuration wizard.

Since you probably want to know when Cloud Station is doing something you may want to install the gnome extension AppIndicatorSupport. This should immediately give you some nice looking app indicator icons. Ignore the blue stuff, that’s just my screenshot tool.

If you are using GNOME chances are you are using Nautilus as file manager. There is one pretty peculiar issue with Nautilus and Cloud Station. After you installed the tool, do a quick logout/login and check if the search in Nautilus still works.

It doesn’t? Nautilus simply crashes? Hilarious. Well, luckily I had the same problem. Here’s the solution.

Thanks to this slightly related thread that I found after what felt like eternity we can deduce that Cloud Station might be responsible for the Nautilus crash. When installed, Cloud Station adds a broken Nautilus extension, namely libnautilus-cloud-extension.

You get some additional hints when running Nautilus from the terminal. Not like it tells you which extension might be responsible but whatever.

The fix is simple: Purge the offending extension with fire. Its not like it really does anything. As far as I know it should render icon overlays for Cloud Station folders and files, but who really needs that.

Log out, log in and you should be able to use nautilus search again. Problem solved. At least until you reinstall Synology Cloud Drive.